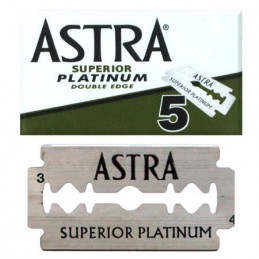 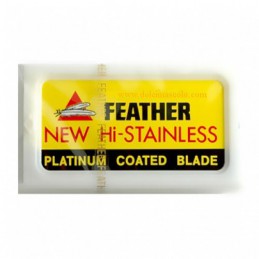 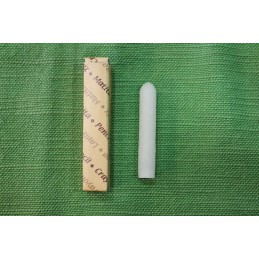 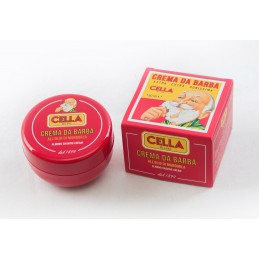 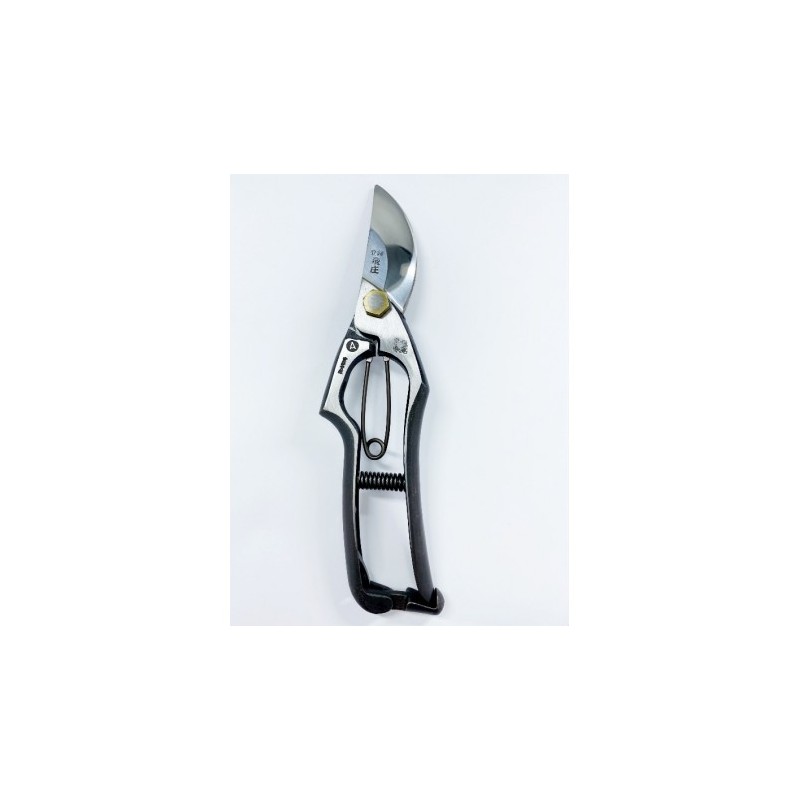 To this model to which the ancient brazing technique has been applied to the handle with quality carbon and using brass: a process now unique in the world.

Limited edition model, created by modifying the A TYPE R/G model following the suggestions of expert winemakers of Bolgheri and adding a cushioning spring that reduces the effort at the end of the cut and allows you to cut with even less effort than the A TYPE R/G model.

You can cut hard branches with its phenomenal blade!

A clean cut: more health for the plant, less fatigue for the hand

Tobisho guarantees a clean and precise cut of the branch without crushing and wounds to the bark: thanks to the particular shape of the blade, the branches are less subject to attack by bacteria and fungi. The surface of the cut is concave and preserves the sap capable of protecting the plant from infections, while with commercial scissors the cut is not clean, the bark frays and the sap slips away.

The final treatment of the Tobisho blade, sharpened like a Katana, guarantees ease of penetration and exit. It increases ease of use and reduces muscle disorders that often affect those who have to work many hours a day using lower quality secateurs. 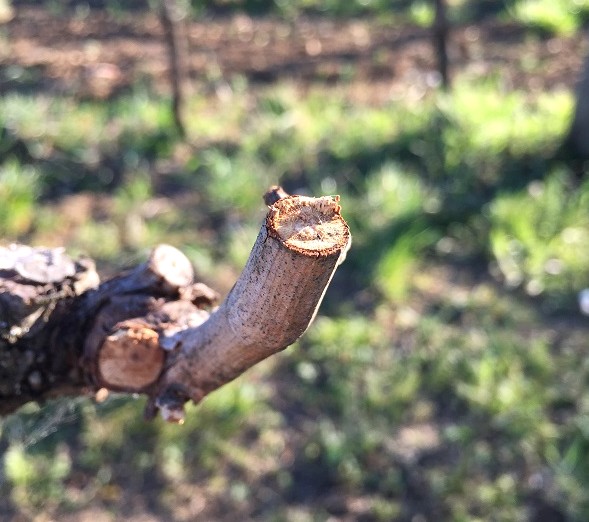 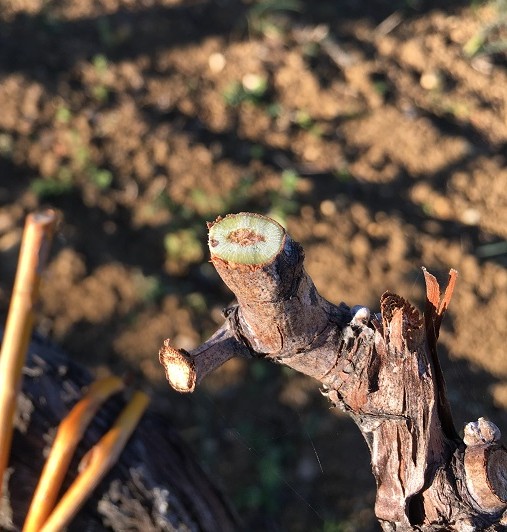 On the left: the cut of commercial secateurs is not clear and the branch is dry.

On the right: with Tobisho secateurs the cut is clean and the sap remains on the branch.

Hamaguri blade: The Hamaguri blade of TOBISHO secateurs is sharp as a mirror and its shape resembles that of a shell 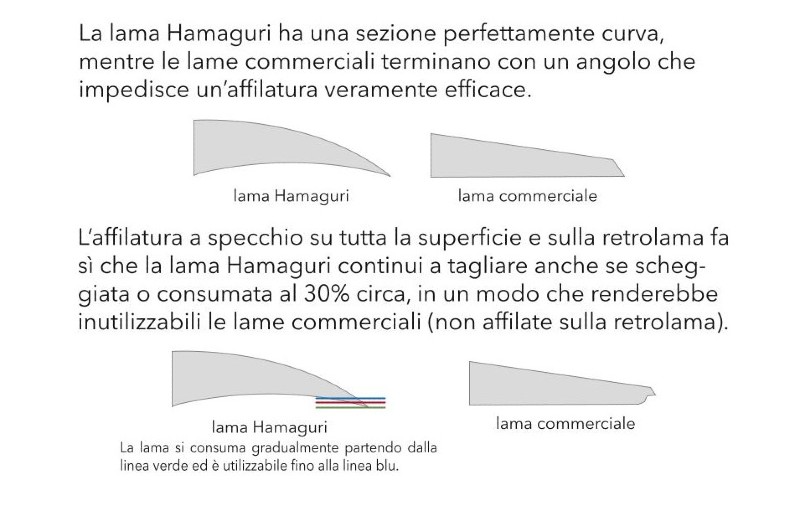 Tobisho’s blade is sharp as a mirror and its shape resembles that of a Hamaguri shell. These characteristics facilitate the penetration and the exit between and from the branches, at the same time reducing the effort of the hands and the friction.

One hundred processing phases: all by hand More than 100 steps are needed to get from two steel bars to a pair of TOBISHO secateurs.

This is why Tobisho secateurs last much longer than others: they are more resistant because they consist of only two pieces plus the screw and the spring.

Thanks to the traditional processing methods and to the construction in only two pieces, they do not produce waste like maintenance substances or parts to be changed. They are more environmentally friendly!

● Clean and precise cut thanks to the high-quality carbon steel blade forged and tempered manually.

● Original shape of the blade that allows a clean and precise cut of the branch without crushing and wounding the bark. The branches start easily and are less susceptible to attack by bacteria and fungi.

● The final treatment of the blade sharpened like a Katana guarantees ease of penetration and exit. It increases ease of use and reduces muscle discomfort.

● The screw, central pivot, is made of softer steel so as not to ruin the surrounding parts of the blade and counterblade so as to guarantee a long life.

Tobisho's basic model of pruning secature. This model is suitable for gardening, agriculture and viticulture.

If you work a whole day or work every day for months, we recommend using this A Type Super model with the spring or trying the absolute and unique cut of Asuka or Hiryu. 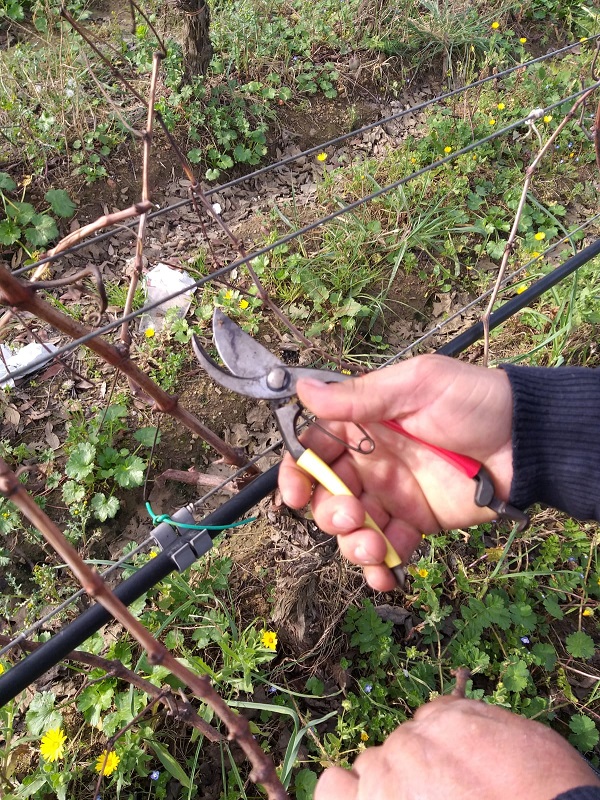 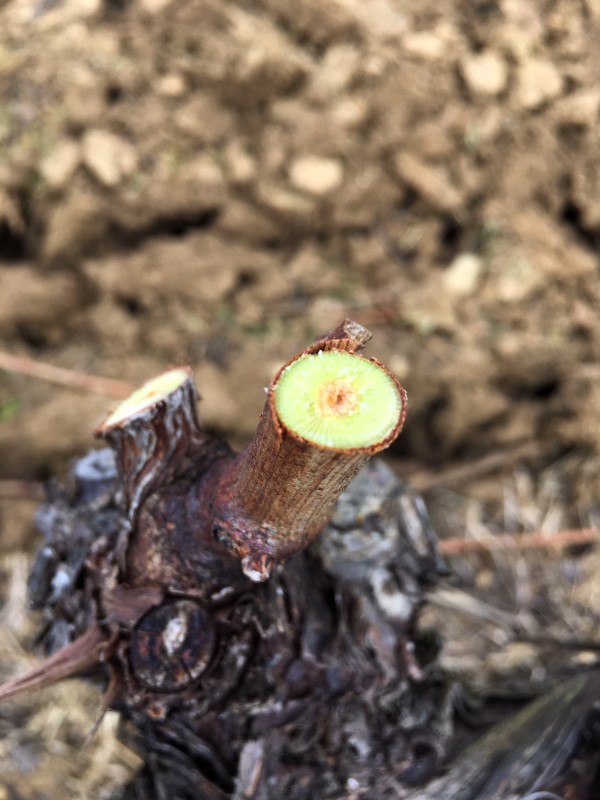 When the scissors is new, the blade is very sharp and bites very easily (bites the branch and does not move from there). Until you get used to it (and until the blade gets used to cutting), it is advisable to cut thinner branches. If you need to cut a thick branch, insert the scissors at the base of the blade at an angle of 45 degrees from the branch and turn slowly. Also, when cutting with force, be careful to descend vertically without twisting the blade: if you twist the scissors, the screw undergoes an effort and loosens, and the scissors no longer has a perfect balance and no longer works according to the lever principle.

If you follow these simple indications, the scissors will last a long time without any problem.

How to take care of the scissors:

After use, remove the resin with a hard cloth before drying as much as possible and apply a thin layer of mineral oil (such as motor oil). If it has hardened, scrape away with a hard plastic object (e.g. a ruler).

To keep the scissors in the best conditions, inject a drop of oil around the screw (on the inside, where the blade and counterblade are in contact).

The Hamaguri blade is usable for almost 30% of the visible surface. It does not need to be sharpened often because even if it is chipped it cuts very well thanks to the particular shape of the blade.

If you sharpen often, the blade wears out with each sharpening. For daily maintenance, we recommend sharpening with the stone especially made for the Hamaguri blade: this stone always restores a perfect cut, and a long life is guaranteed to the scissors.

* Never sharpen the back of the blade!

Cutting: Up to a diameter of 25mm approx 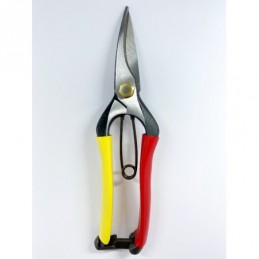 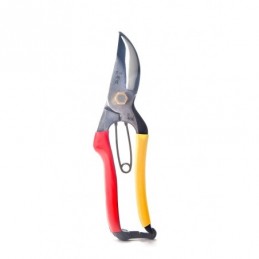 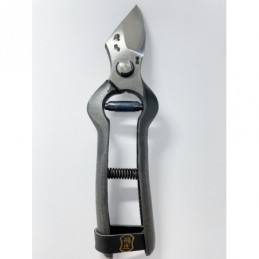